In Part 1 & Part 2 of my end of season tomato review, I presented the harvest totals for each variety I grew, together with my opinion on their taste & whether I planned to grow that variety again next year.

In this last Part (whew!), I'll summarize the total harvest, compare this years harvest with prior years, and give my overall impressions & plans for next year.  I've also peppered this post with a few of my favourite tomato photos from this past season. 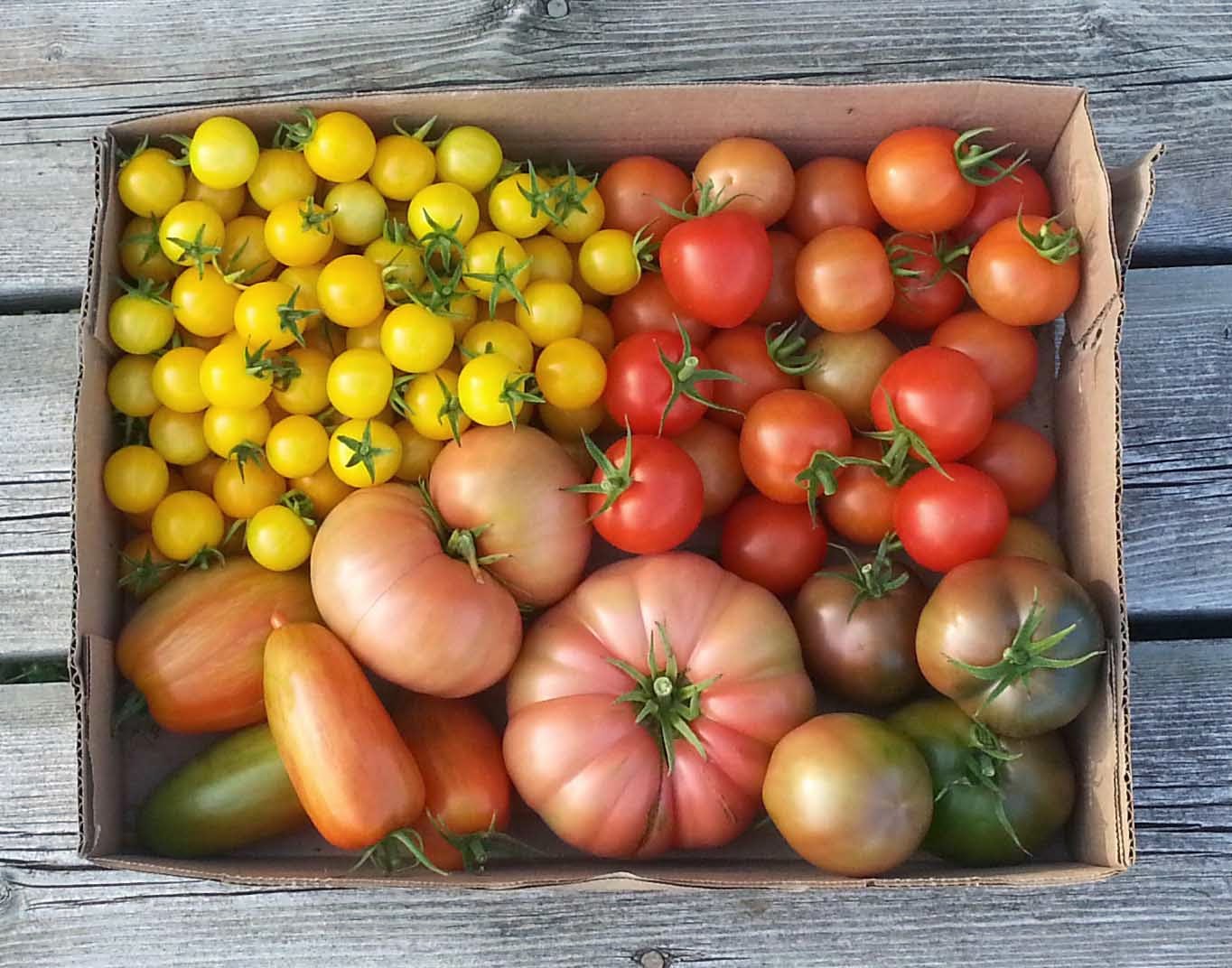 For ease of comparison, I’ve detailed the 2014 harvest in summary table form: 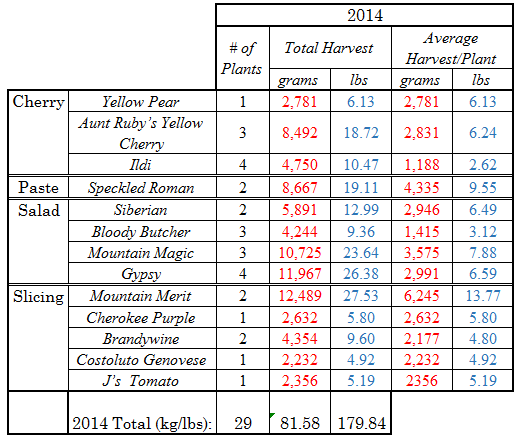 
All of the above numbers were for ripe tomatoes.  The overall average ripe tomato harvest per plant was 3,263 grams (7.19 lbs).  I also harvested quite a few green tomatoes, most of which ended up in green tomato salsa. 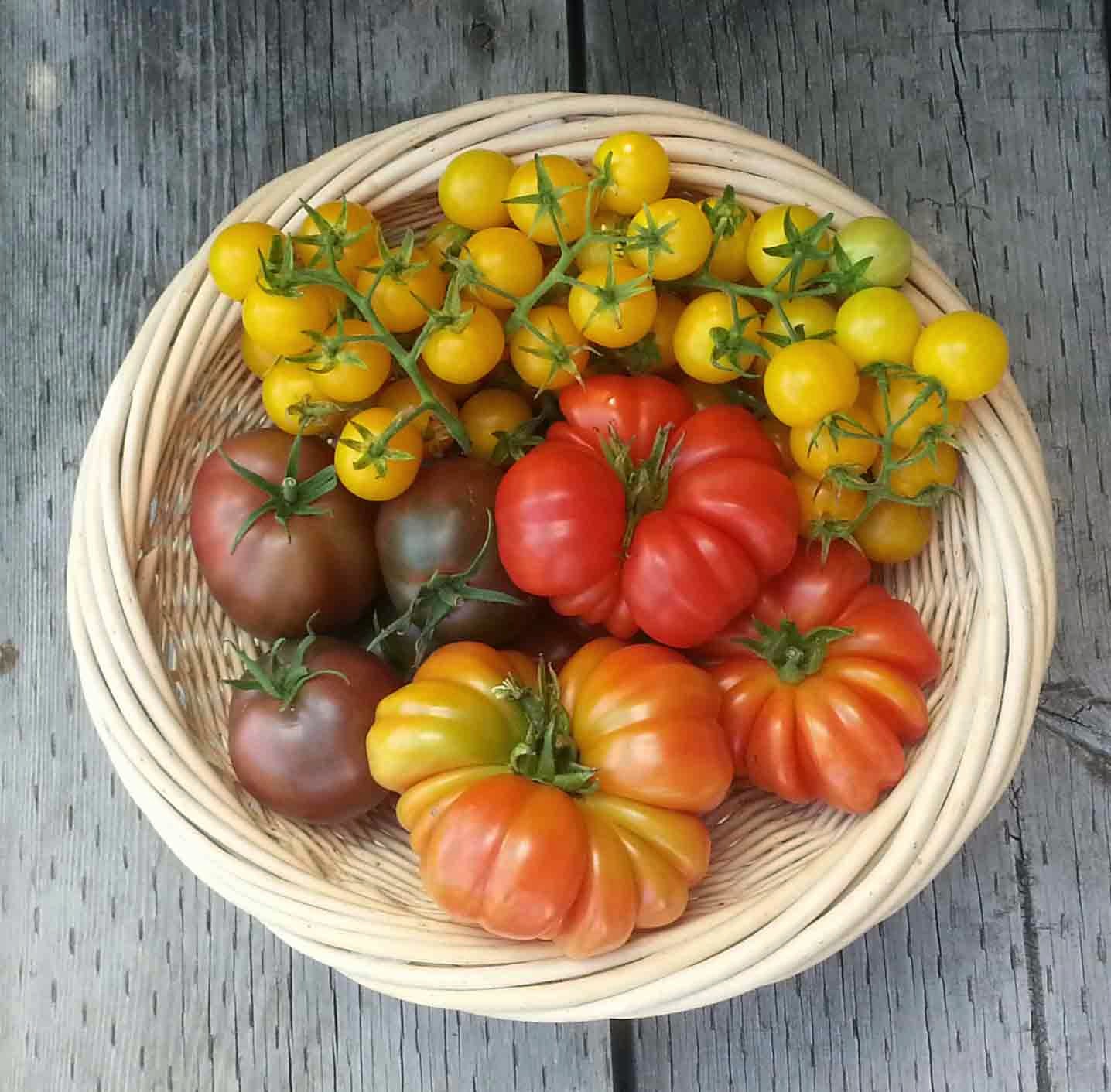 Comparison with Prior Years


2012 was the first year of the vegetable garden & when I built the original four beds.  All the tomato plants were purchased as seedlings from a nursery.

I was actually quite happy with my harvest that year.  I hadn't grown tomatoes (or any veg, for that matter) in over 10 years and I was tickled pink with every single tomato that came off those vines.


In 2013 I grew all my plants from seed and then proceeded to make a TON of mistakes (which you can read about HERE) resulting in a pitiful tomato harvest.  The comparisons in the following table were particularly telling because I grew 3 of these varieties again this year with dramatically different results - the Yellow Pear variety shows an almost six-fold increase in per plant yield!

My favourite comparison is always the average tomato harvest per plant.  As the number of plants can vary from year to year (I expanded the veg garden in 2014 from 4 to 12 beds, and therefore had many more tomato plants), I find that the average per plant harvest is a much more telling comparator than the overall harvest.

And that goes for comparisons between varieties as well.  It's all good and well that variety X produced 5 lbs, while variety Y only produced 3 lbs.  But if you had 4 plants for variety X & only 1 for variety Y, the picture you come away with is dramatically different.


Moral of the story?  Even if you have a miserable "insert any veg here" year - it's worth giving it another shot...or two..or three. 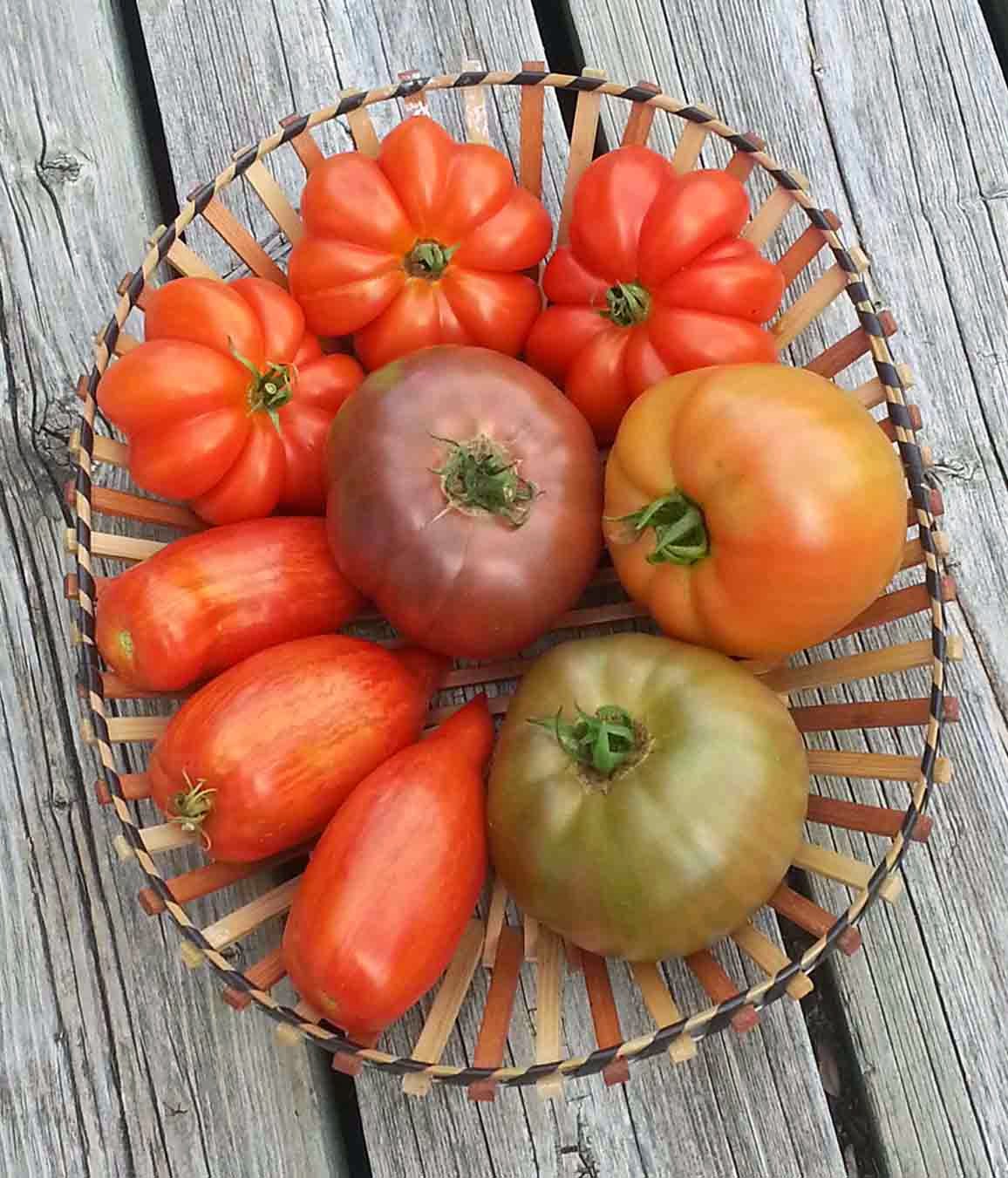 This was an amazing tomato year, especially considering the late blight.  I’m super happy!  It was my second year growing all of my tomatoes from seed and the first time ever where I was actually having a hard time keeping up with the harvest.  I had never had enough tomatoes to even consider preserving before, so that was a first as well.  By the end of the summer I was a bit overwhelmed and, in addition to canning, I ended up freezing a good chunk of the tomatoes.
My tomato bed preparation was beefed up considerably from last year when I only added compost (having read in a book that this should be the only soil amendment needed - Wrong!).  In addition to compost, I added plenty of sheep manure and organic fertilizers when prepping the bed and applied fish emulsion throughout the season.  I also tried a couple of different things this year that I think worked very well.


1.      I didn’t prune any suckers off of the indeterminate tomatoes until mid-July, at which point I only removed new suckers.


2.      I used wider spacing & a slightly different method of support that was based on both training the main stem of each plant plus a take on the Florida weave method.  I will definitely do this again, perhaps with a slight tweak here and there, as it provided great support without too much work.  I’ll describe the setup in detail next year, when I put up the trellises.


As for timing, the tomato seedlings were about one week older than I had originally planned when I transplanted them outside.  This was because of all the germination issues that I had this year (you can read about the problems I had HERE).  As it turned out, however, the seedlings were just the right size when I transplanted them.  If they had been any bigger, they would likely have needed potting up a third time.  I have adjusted my sowing date up by a week and am hopeful that I will have far fewer (if any) tomato germination issues next year. 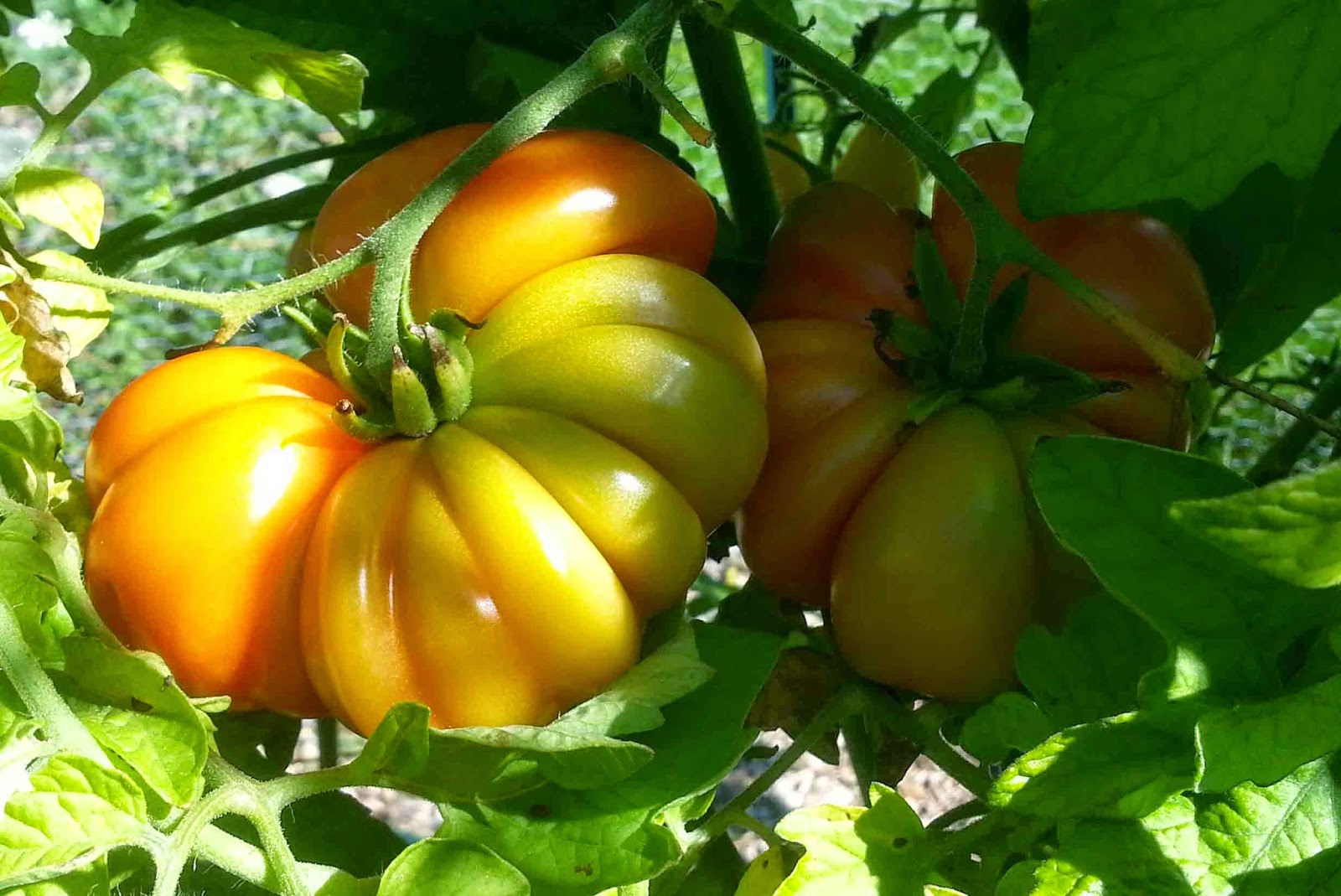 And that is it for the tomatoes.  No wonder some people have entire websites devoted to them – there is no lack of things to say, that’s for sure!
Till next time…
Labels: Tomatoes