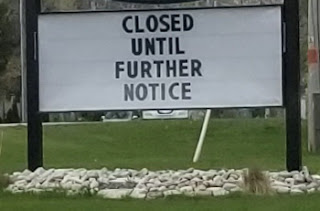 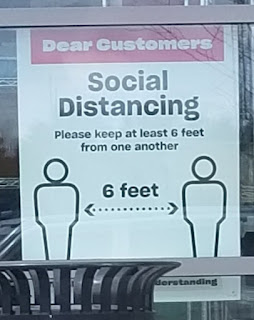 And how about the “edible gardening” resurgence?  Who could have predicted that many seed houses would actually have to temporarily shut down their websites due to overwhelming demand and that seeds (for those lucky enough to place an order before the “sold out” shingle was hung), would take weeks to arrive?  I certainly didn’t see it coming, but when it did, all I can say is that I was thankful that I had placed an order with Baker Creek Seeds before they too were forced to halt webstore orders in late April. 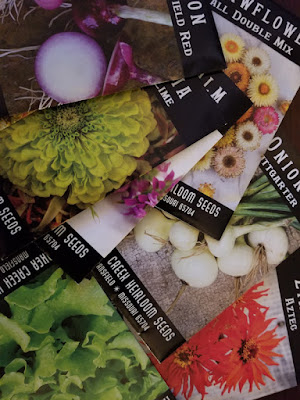 They are back up now, but the pickings are much slimmer than normal – for example, out of 28 lettuce varieties, 19 are sold out.  The good news?  Nine varieties to choose from is still MUCH better than you would normally find at the local hardware store.

Other than groceries, I haven’t left the house for 6 weeks now & I wish that I could say I’ve been making good use of that time in the garden.  Unfortunately, our weather did not cooperate AT ALL, especially in April.  We had one of the coldest Aprils that I can remember.   And, after a beautiful week of very pleasant weather last week (my aching muscles will attest to the fact that I took full advantage), we are now back to cold, windy and just downright miserable.

And let’s not forget the record breaking low temperatures & on-again off-again flurries yesterday - the day before our average last frost date.  I suppose that's why the word "average" is a necessary part of that phrase.  Ugh. 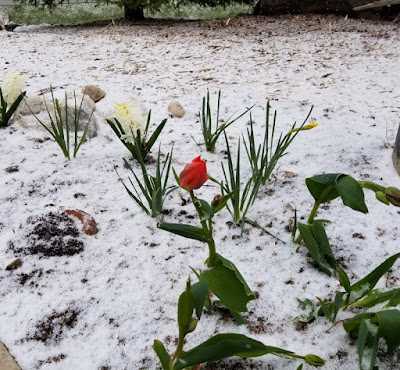 I have a few trays of seedlings under the lights and a couple more are on my kitchen table, waiting for the temps to warm up today so that they can continue to harden off.

And now for a bit of good news - the bulbs that I planted last year have been giving us some much needed smile therapy.

I also have a ton of yellow daffs coming up in the west border.  I do recall planting some a couple of years ago, but I thought there were only a few clumps.  I did, however, plant 2 varieties of white daff bulbs last year & neither have made an appearance.  I'm wondering if the bulbs were mislabeled & I ended up with the yellow ones instead.  Either that or the white daffs are simply a bit slower.


While there was a bit of angst last fall over squirrel shenanigans in the beds where I planted the bulbs, most seem to have fared well and I have been enjoying a progression of blooms in various parts of the garden for about a month now.

The cold start to the season has meant that things are moving slowly but a couple of new perennials are making an appearance.

I planted a lot of perennials and shrubs in 2019 so I'm very much looking forward to seeing them fill out this year.

I’ll make sure to keep you posted 😊