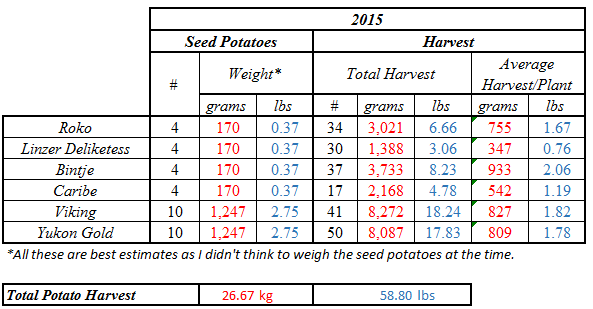 I’ll not be using the metal bin this year as it was commandeered for the mint last fall.  But I still don’t have any bed space for them, so I’m going to try growing them in another container – a tomato grow bag.  I picked one up last year, specifically with sweet potatoes in mind.  I’ll have to be much more conscientious about watering as well – last year’s crop definitely suffered on that score.﻿﻿
Labels: Potatoes Sweet Potatoes