I don't do very much garden cleanup in the fall which is good in a number of ways.  Firstly, it allows beneficial insects plenty of nooks and crannies to settle in for the winter.  Then there are the birds which are very grateful for the seedheads that continue to feed them through most of the winter.  Lastly, there is the winter interest that the plants provide - I, for one, prefer to see swaying grasses and seed heads covered with snow rather than a white, flat landscape, devoid of any plant material save for shrubs and evergreens.   And truth be told, by the time fall rolls around, I'm pretty much ready for a break, so the less I need to do the better.

The key to cutting things back in the spring, however, is timing.  Get out there too early and you risk compacting soil that has not yet dried out from the snow melt.  And in some cases, such as with roses, pruning too early could lead to damage if there is a subsequent cold snap.  Wait too long, however, and you're left with a more tedious task as you try to cut back old/dead growth while simultaneously avoiding new shoots, an all too familiar situation for me in the past.  And this is the other issue with waiting too long:

When I cleaned up the beds, the bulbs were about half the size of those in the photo.  But even at this stage, it's still possible to tiptoe around the bed and not cause too much damage.  It won't be too much longer, though, when doing so will require acrobatic skills that I don't possess, lol!

Around here, late March to early April is the time when most of the clean-up action happens, although this year, we are a couple of weeks early.  So long as the ground is dry enough, I grab my pruners and get to it.  Just a quick side note that when I talk about "cleaning up", I'm referring specifically to removing last years dead growth and/or doing some spring pruning.  I don't rake up the beds or otherwise disturb the soil, which is good for the soil, good for hibernating insects, and good for me 😊

At this stage, I'm concentrate my efforts on those plants that die back all the way to the ground in the winter.  This year I started with the west bed which is going on it's 2nd season. 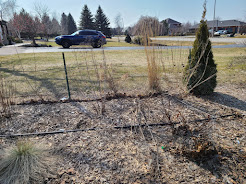 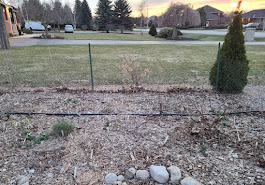 And another section of the bed with nepeta, coneflowers and monarda: 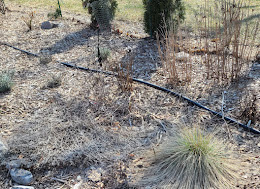 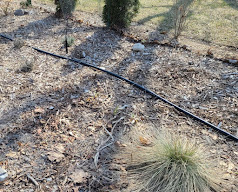 Mind you, since the beds are so new, there isn't much to cut back compared to beds that are more established.  But still - talk about instant gratification!

Things were going well...and then there was a bit of an oops, telling of my relative "newbie" status in the ornamental garden.  I started to cut back the Blue Oat grass and was half way done before thinking - hmmm, maybe I should look this up to make sure I'm supposed to cut it back.  I quickly learned that I really should have left it and simply brushed the leaves with my fingers to remove the brown blades. 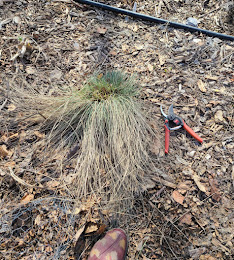 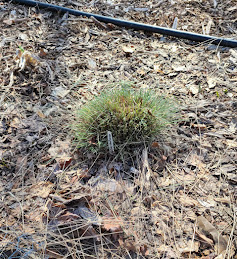 Oh well, apparently it will grow back just fine, which is all that matters.  There are always lessons to be learned in the garden!

In the next couple of weeks, I'll be getting to the roses and hydrangeas as I prefer to leave those until the buds start to swell.  In the meantime, there's no shortage of things to do....including this:

Some of you may be able to guess what the wood is for.  I'll give you a hint: It's something that is about 2 years overdue and was on the list to do last year, but then Covid hit and those plans fell by the wayside.

“Enjoy the little things, for one day you may look back and realize they were the big things” ~~ Robert Brault
Posted by Margaret at 11:42 AM