We are now past the midway point in June and the garden is really starting to blossom, so to speak. Everything has been planted and most of the hard work is finished.  Now it’s just a matter of tending the existing plants and starting a few veggies here & there for succession planting and fall harvest.  Even though I still have quite a few tasks on my list with regards to the new vegetable bed areas (mulching paths, finishing the fencing/gates, etc.), I am pretty much caught up with all the routine tasks.


The garlic & shallots are plugging along and the garlic scapes are just starting to appear.  This is about the same time as last year - funny but I thought we were about 2 weeks behind because of the late start to spring.  I do recall, however, that last year we had a very cool & dreary month of June, which probably slowed the garlic down a bit.

I have noticed a few spittle bugs here & there in the garden, but was surprised when I found a few in the garlic.
Only 5 or 6 plants were affected & I gave each of them a good blast of water – hopefully, that’s the last I see of those, on my garlic anyhow.


The strawberry bed is doing fine – not amazing, but ok.  As I mentioned before, this is the 1st year of harvest for this bed so maybe I shouldn’t be expecting huge plants & a ton of berries.

So far, we have harvested a couple of handfuls of the Fort Laramie strawberries.  My unknown variety June bearer has given us one ripe berry but many more are just starting to ripen.


The rapini is doing well – I will probably begin harvesting by next week.


The Galilee spinach that I direct sowed about 10 days ago is doing ok although it hasn’t grown that much yet.  Hopefully it’s just one of those crops that takes a while to get going, but then puts on lots of growth.


A couple of weeks ago, I started having issues with leaf miners on my Swiss chard.


I immediately removed all of the affected leaves.  I then surveyed the underside of each leaf & found numerous eggs, which I destroyed. 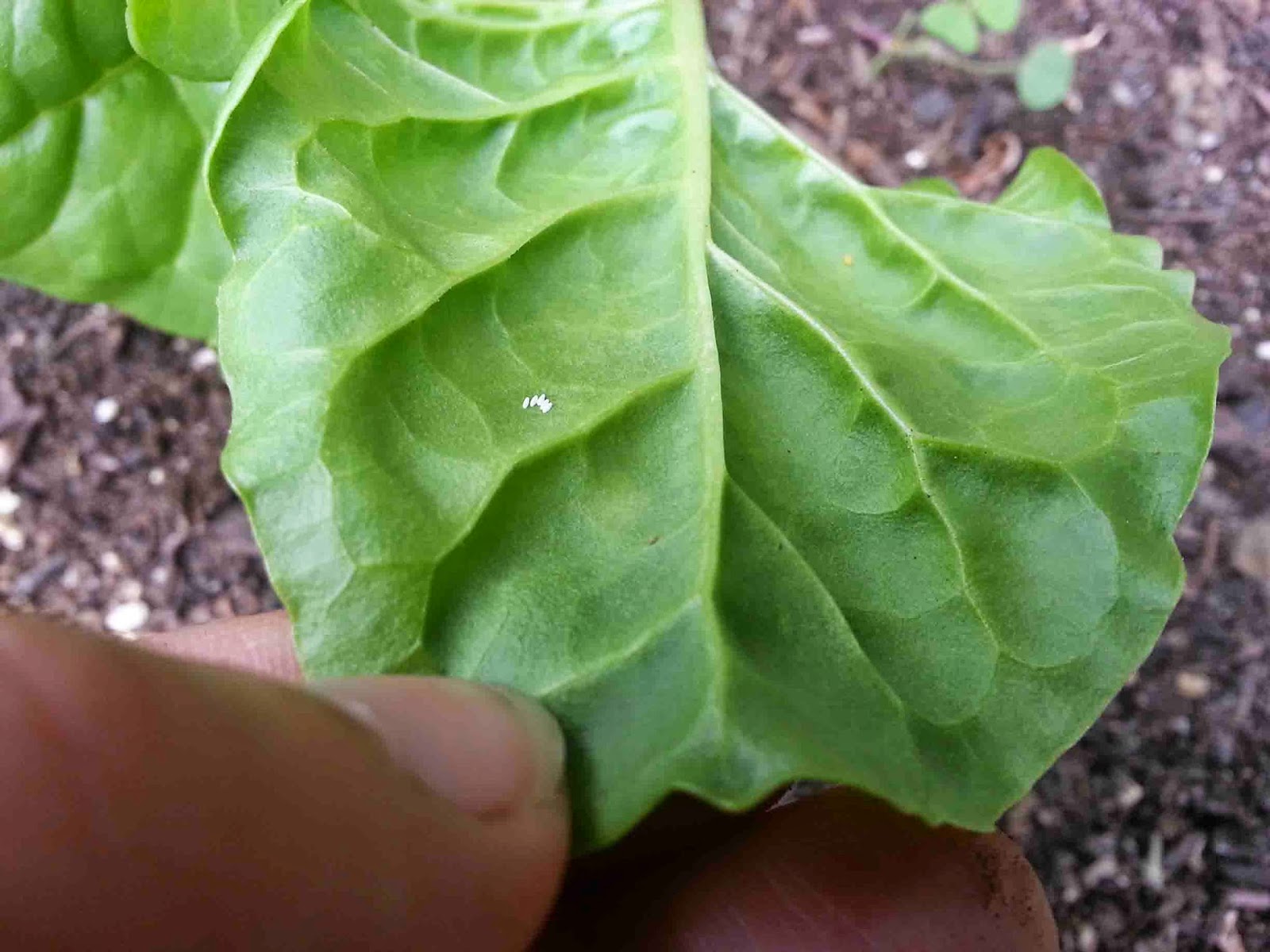 The next step was to prevent more damage, so I covered the chard with netting.  And that was that, right?  Wrong.

Only a day or so after I covered the chard, I noticed a number of small flies inside the netting.  I opened up the netting, waved away the flies, then replaced the netting.  Over the next couple of days, this happened a few more times.  I couldn’t understand it – where were they coming from?  I had made doubly sure that there were no gaps at the bottom of the netting, so I doubted that they were getting in that way.  Then I read that when the miners leave the leaf, they drop onto the soil, pupate, then emerge around 12 days later as adults – so I'm guessing I had numerous pupa in the soil around my chard & these were emerging as adult flies.


Then, when I was taking photos of the pepper plants, guess what I saw?

The thing is, the flies on the inside of the netting were completely black, with no trace of yellow.  Hmmm.......


Well, I decided to uncover the bed (and keep it uncovered) & sprinkle the soil with diatomaceous earth.  Not sure if this will do anything – my hope is that it may impact on the adults in some way as they emerge from the soil.  You just never know what each year will bring – last year I didn’t have any issues with leaf miners in the Swiss chard.


I sowed all my carrots using Granny’s seed mat method.  I had spaced them 1½” apart & last week, I finally got around to thinning them to about 3” apart.


Looks like I may indeed get my bumper crop of carrots, unlike last years carrot fiasco.


So far I haven’t put up the fence around the area where the beans are & they are still doing ok (I know, I know - famous last words ;).


There is a baby bunny that seems to be calling our yard home as we constantly see him (her?) in both the front & back yard.  He may be a bit too little to hop up into the beds or his appetite may be satisfied by the plethora of weeds we have in our lawn – in either case, I hope my plants stay safe until that fence is up.


The Super Sugar Snap peas are starting to flower!!  Yipee – we should be seeing our first sugar snaps in less than 2 weeks!

I’m actually quite surprised as I was expecting the bush snap peas, Cascadia, to blossom first.  These are supposed to be 48 days to harvest and it has been 46 days since I sowed them.  They look healthy enough & nothing out of the ordinary has checked their growth, as far as I can tell – I guess they are simply going to be late.

This bed does get a bit of shade in the afternoon, so maybe that has impacted Cascadia more than the climbers.  My plan was to stagger the harvest by growing an earlier bush & then a later climbing sugar snap.  So much for my plans.


The climbing sugar snaps are doing an adequate job of clinging to the jute string.  However, I do find that they tend to lean out of the bed.  Each time I see them bulging into the pathway, I run a length of jute in front of them to get them back to their proper spot.  So far, I have only had to do this twice.
Squash


The squash is doing ok – they haven’t grown that much since I planted them out about a week ago.


I must get to all those weeds tomorrow.  That's the problem with row covers/netting – usually I just casually pick weeds from the beds as I stroll by.  When the bed is covered, however, it becomes much more of a chore in that I have to specifically set aside time to do it.

That's about it for this post - tomorrow I will continue my mid-month tour through the vegetable garden.