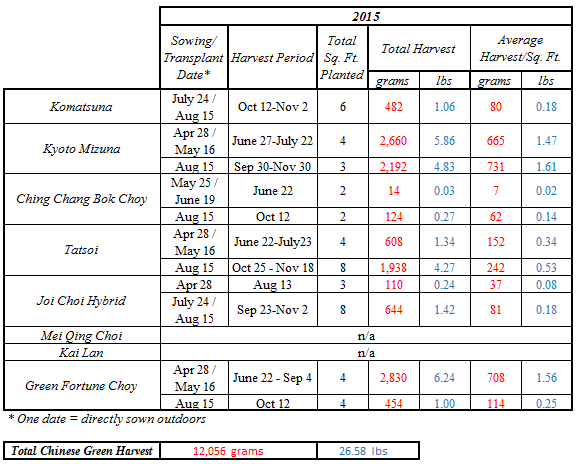 As for varieties, I’ll be sticking with all those that I already grow for the most part.  I would like to replace the NCK kale (an off-type kale that was supposed to be a curly kale), which everyone seems to think most closely resembles Siberian kale.  I’m hoping to include a "proper" Siberian kale in the garden next year.  In addition, Dave's post on growing mixed kale has me intrigued.  I really enjoy salads with baby kale so may give this a go as well.
Labels: Chinese Greens Collards Kale Rapini