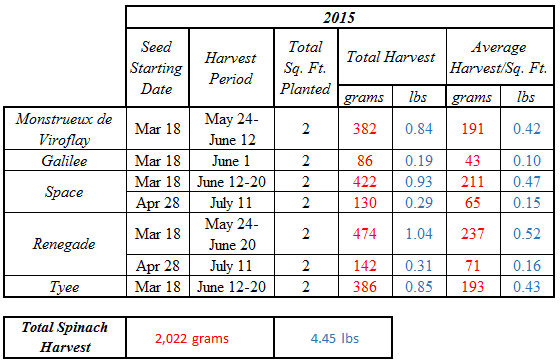 This coming season, I’ll be pre-germinating & sowing the seeds directly outdoors instead of growing transplants. As for varieties, I’ll be dropping Galilee but keeping all of the others.  And, just because I often can't help myself when it comes to these things, I’ll be adding a couple of new varieties to the mix as well.  Which ones, you ask?  You'll have to wait for my Seed Order post to find out!
Labels: Spinach Swiss Chard